A few weeks ago after preaching to a couple of teenagers and young adults, a number of youth walked up to me and asked to see me in private. One of them confessed that he had been struggling with a porn addiction. He had been invited to a birthday party at a friend’s hostel. When he got there, he found several young men crammed in the tiny hostel. There was no cake, no food and no birthday celebration. The owner of the hostel shut the curtains and switched on his television and DVD player. He muted the volume and inserted a disc in the video tray. Everyone in the room seemed to bubble with excitement and he wondered why. He then understood.

The agenda of the enemy is simple- emasculate the man, discourage the woman, destroy the family- in that order. It starts with the man. Whilst many vices bring down a man, I believe none aims for his heart more than that of sexual lust. It fascinates him then assassinates him, it thrills him and then kills him, excites him and then executes him, electrifies him and then electrocutes him, arouses him then roasts him, inflates him then deflates him, balloons him then bursts him, charms him and then damns him. The forbidden woman has enchanted him to believe the pleasure will last forever. Mainstream entertainment has fooled him to neglect his God-given masculinity and trade it for fantasy. Pornography has bewitched him and set him on a false course with false fire to only chase the wind. But when the day is over, the man is falling down the cliff without a chute, he strikes the ground and his soul is writhing in a blood pool of regret. He looks okay on the outside but is dying on the inside. And when he gets the life to get back up, he runs up the same cliff, believing the same old lie, deceiving and being deceived and off the cliff he goes again. When a man is a slave to sexual lust, he loses power and the biggest loser is his relationships, especially the one with the woman he loves. We need men to reclaim their passion, purpose and power.

But to reclaim the lost power, we must realise that victory over sexual sin is infrequently in one-time deliverance experiences. While those do happen, most people get their victories in what I call small wins. Small wins may be a denied sensual glance, a refusal to entertain a flirt, a switching off of the television when lewd matters come on screen, a refusal to be at compromising venues, a refusal to forward a dirty joke, drawing clear boundaries with those who encourage sin etc. In a nutshell, to have small wins, you have to die to the flesh daily. These small wins pile up over time and grant you a total victory. Coupled with scriptural intake, they weaken the carnal man and strengthen the spirit man. These small wins if successful leave you stronger to face the next temptation. If defeated, they render you feeble and useless against the next frailest of temptations. Those who train themselves to be godly (1 Tim 4:7) understand that the small wins give strength for the grand battles against sin. Do you see a man or woman overcoming grand temptation? He or she has been forged in the fires of character by small wins in minor temptation. 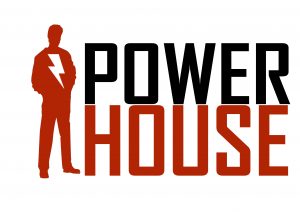 To register for the Powerhouse and to get more details, send an email with the subject POWERHOUSE, stating your full names and phone number to info@penstrokes.co.ke

Powerhouse: Saving relationships one man at a time!